"I have yet to fail, I've only discovered hundreds of ways things don't work."
~Anonymous

Chris is the most misunderstood at TrevNet, however; this could be attributed to everyone's inability to communicate with him in his native language of binary. His greatest skill is being able to defy the laws of logic and practice the art of proactive procrastination, which he boasts about while brushing up on his crazy ninja skills.

The thing this code prodigy loves more than objects with lots of buttons is actually pressing them (and he does this rather successfully). When he isn’t coding awesome websites or producing superb computer beasts, he is buying stock in black hoodies/t-shirts and mastering the skill of irony. 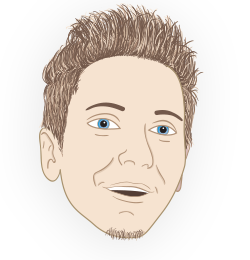